I am proud to announce the second release of the Gerbera media server. There have been over 110 commits since 1.0 from 13 awesome contributors.

@elmodaddyb has been hard at work on the next generation UI for Gerbera. Built using Boostrap4 with TDD methodologies; this will be the default Web UI in a future version. This release includes a read only preview of the interface. Access it by visiting gerbera.html on your v1.1 install e.g. http://localhost:49152/gerbera.html

You can keep track of the progress on the New UI github issue. 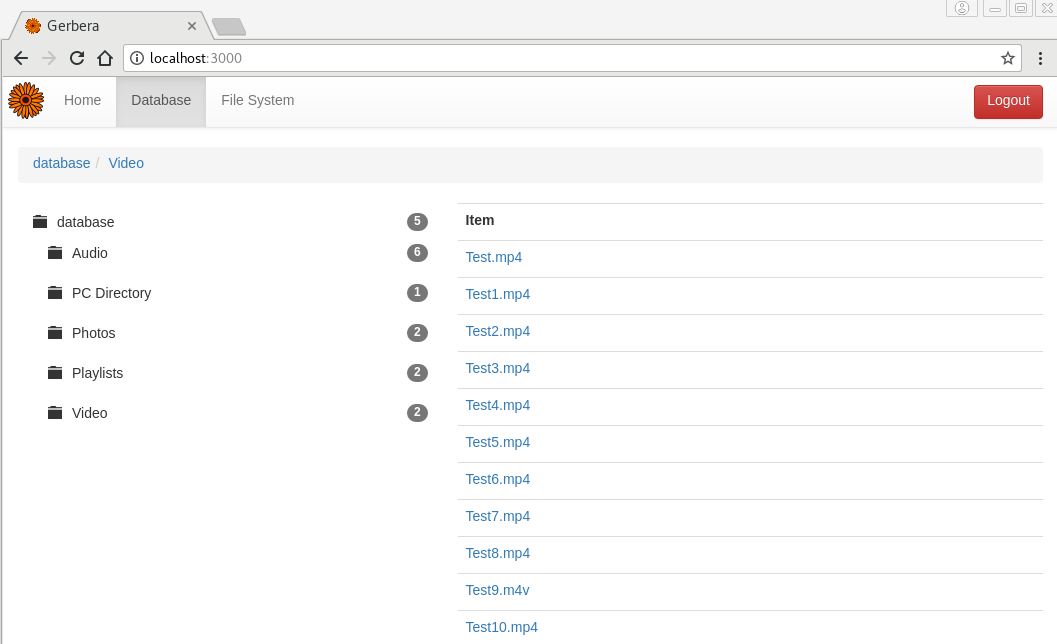 Post 1.0 we had a number of issues reported by Raspberry Pi users. Investigation found that we were not properly supporting large files in the build system for 32 bit hosts. We have added LFS support and Gerbera now runs great on Raspberry Pi!

Unfortunately this issue highlighted a bug in libupnp - client apps should fail to build when their LFS state did not match libupnp. This has been fixed upstream.

Support for video thumbnails using FFMpegThumbnailer is back. You can enable video thumbnail support by passing -DWITH_FFMPEGTHUMBNAILER=1 at build time and set <ffmpegthumbnailer enabled="yes"> in your config file to get pretty thumbnails for your video files.

You can now enable incomplete DLNA protocol extensions in Gerbera. With this option Gerbera makes changes to the data sent to devices to enable support for less picky DLNA renderers. It also enables AlbumArt/Thumbnails on some devices (e.g. various LG TVs).

Full DLNA support is high on the ToDo list, however we are still waiting for custom HTTP header support in libupnp before we can implement it. If you want to help (or know somebody who can), [please check out libupnp's github]https://github.com/mrjimenez/pupnp/pull/49).

AlbumArtist metadata is now extracted from media files (where supported) and is used to populate the "creator" field for albums. It is also available for use with custom JavaScript powered layouts.

@elmodaddyb spent some time getting Gerbera running on OSX and produced some build instructions, we now ship an OSX Launchd script in the repo.

As always a huge thanks to everyone who has contributed to this release.

See how to install Gerbera on your OS/Distro or download the source from Github.

This release supports <=libupnp 1.8.2 due to breaking changes in libupnp master branch, 1.2 will most likely require >=1.8.3.